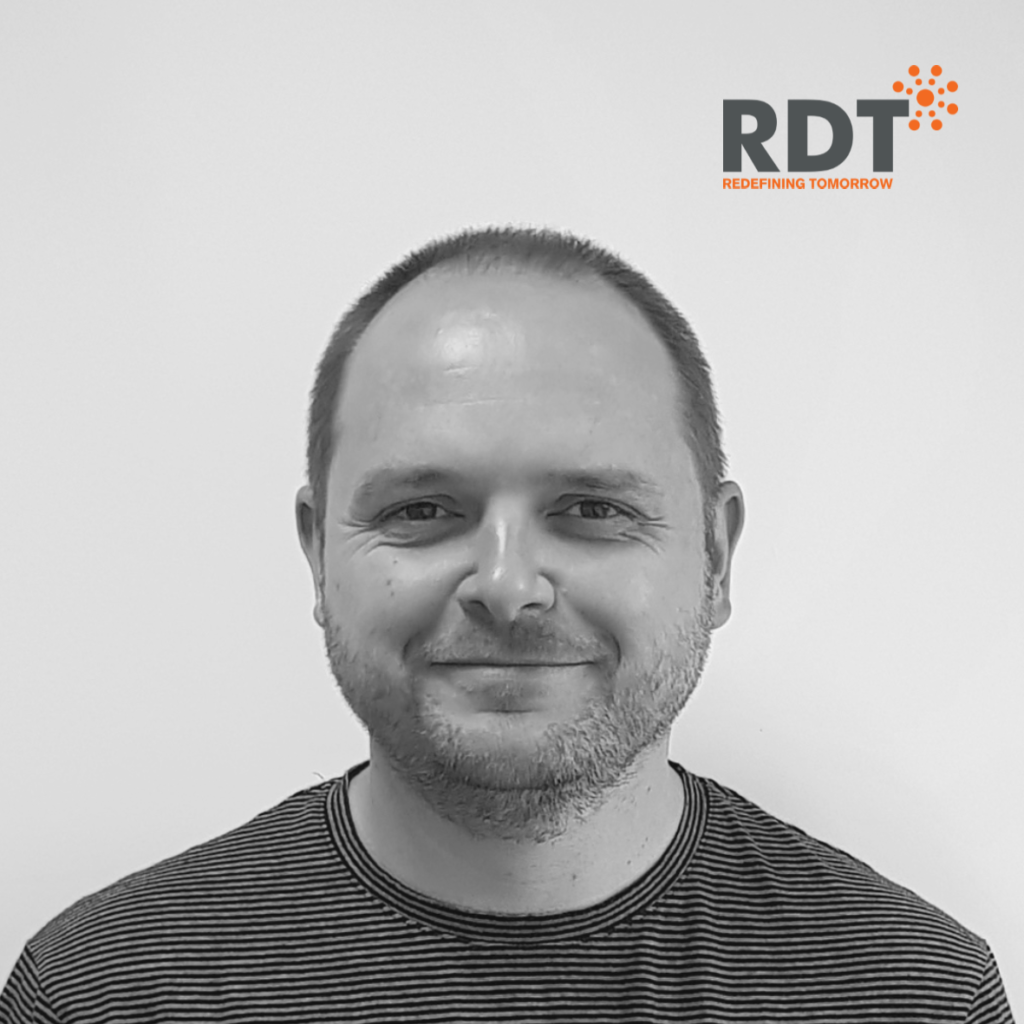 My name is James Denton and I’m a senior quality assurance engineer at RDT, working in the core automation team.

I joined RDT in May 2011 after leaving a medical company based in Chatham.

I began working at RDT on the same day as another test engineer. At the time there were only three other testers in the department, including the test manager. I’ve seen numerous big changes here – the QA department expanded drastically, we switched from waterfall to agile development practices, moved to bigger offices, and started using new testing tools and automation frameworks.

My previous job involved performing manual testing on Windows-based applications. However at RDT I’ve had the opportunity to expand my knowledge into test automation. I have been able to try programming (by creating test harnesses), and increased my understanding of build and release pipelines. I now test and automate applications across multiple platforms.

Most recently I was part of the team behind the smart phone application that’s being used by TRiCE. As the team’s main QA engineer, I was involved from the beginning of every sprint and enjoyed participating in the agile rituals.

I helped drive the product forward by ensuring deadlines were kept and that the quality of the product achieved a high standard. This was the first time I’d worked on a smart phone application, so I was introduced to new technologies, such as Appium automation, which helped further enlarge my skill set.

Out of work, I enjoy spending time with my two daughters, as well as gaming and watching science fiction TV shows and movies.

If you are looking for a new position in a cutting-edge insurance software environment, please view all available positions on our job vacancies page. Alternatively, to find out more about what we do, please contact us.