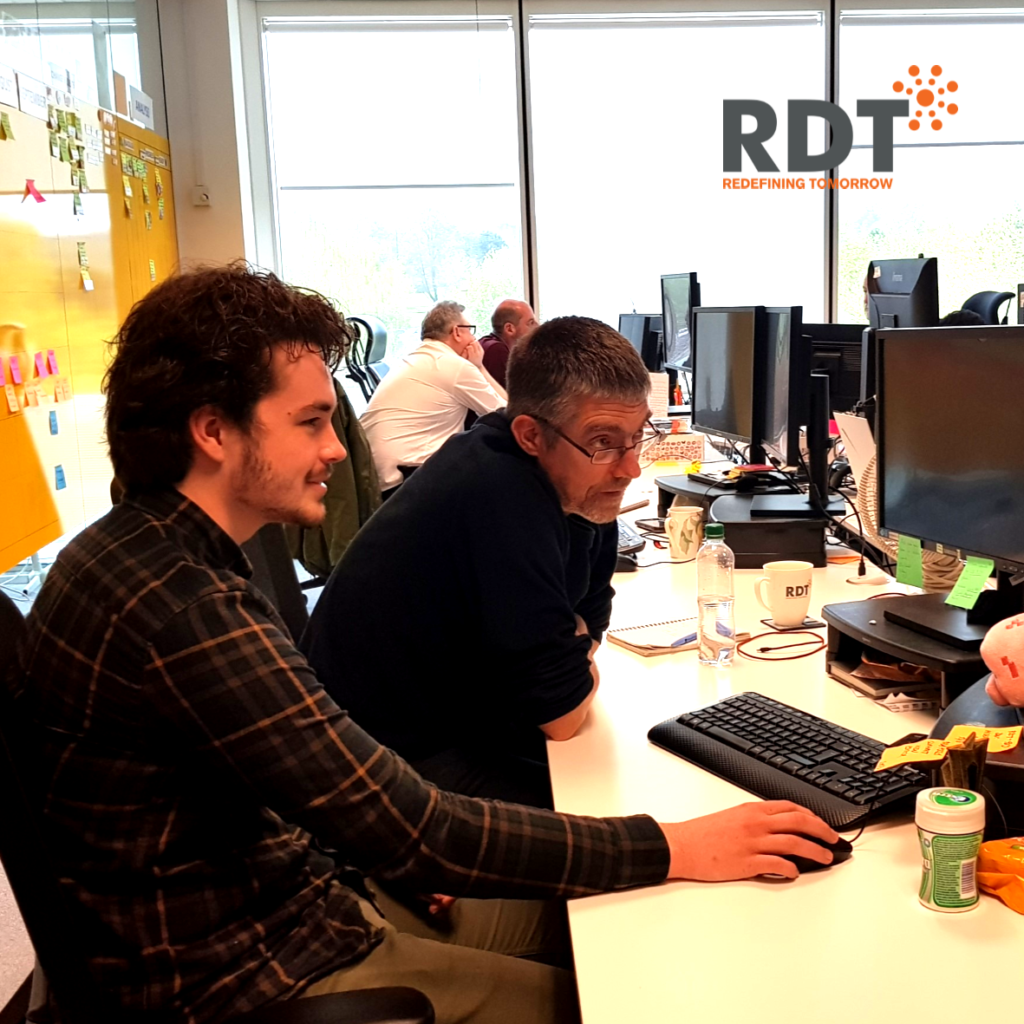 We have been exploring how our approach to knowledge sharing shapes RDT employees.  We wanted to see how having a mentor helps our newer members of staff, and equally what the mentors get out of their role.  Does the learning go both ways?

Ed explained that Dexter sees all the challenges he faces at work with fresh eyes, and as he is new to the workplace he does not feel the need to conform to previous methods or programming approaches.  As a result he raises questions and challenges the status quo with anything technical, or processes, which he is unsure of.  This is great for the rest of the team, it makes us challenge our own thinking and methods which may have become the norm.

Dexter wants to make sure that we do things sensibly, and wants to ensure that he is following the correct process.  He’s not afraid to question if there is something he sees which he feels could be done a different way.

Sometimes the conversation is around why it is done that way, outlining the bigger picture to help Dexter understand why an existing process needs to remain, but where we can make changes, the input from Dexter is very valuable.

Ed added that they have worked together on work for MGA Kitsune, and in particular he felt that he and Dexter have been learning together as the project has progressed.  He feels that Dexter has excelled in his work and now operates fully as a member of the team and he’s proud of everything he is achieving here at RDT.

Dexter explained that he felt that he needed a lot of help when he first moved to the team and that Ed was really good at explaining what was required, had the patience that Dexter needed whilst giving him the room he needed to grow and develop his skills.  Dexter says that Ed helped him to integrate into the team, so he got to know people he hadn’t worked with previously.  Ed listened to his ideas and treated him like a regular team member, which as an intern Dexter really appreciated.

Both Ed and Dexter agreed that they now work really well as a team, carrying out their own investigations into issues, sharing knowledge, ideas and solutions between them.  Each has their own strengths, and by working together they have managed to narrow down and deduce the root cause of some of the issues they have looked at.

Ed and Dexter both extolled that there were many positives and benefits for both of them from their working relationship.  Yes the learning does seem to go both ways and ultimately benefits both of our people, the team and our company.

By bringing new talent into our business, we all benefit.  Challenging the norm, innovating and sharing knowledge is critical to the success of our business.