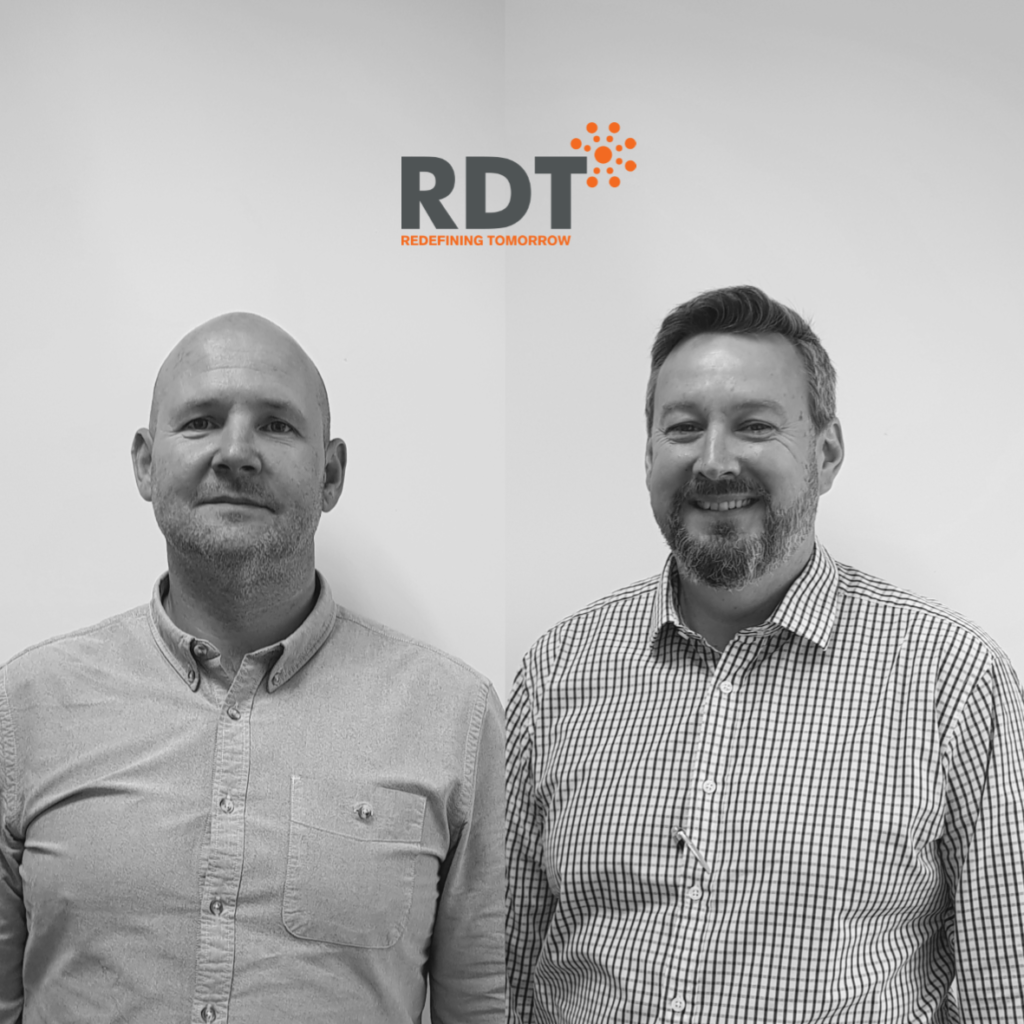 The insurance software provider, which has nearly doubled in size in the past year, has hired Rob Grigg and Michael Boucher as part of its expansion programme.

Grigg joins RDT as Chief Technical Officer after two years as Head of Architecture at ASOS, the UK’s largest independent online fashion and beauty retailer. Grigg is an authority on Agile software development, a methodology where requirements and solutions evolve through collaboration in cross-functional teams, thus promoting the early delivery of fully-functioning software.

His knowledge of Agile will help consolidate RDT’s recent implementation of this progressive way of working. Commenting on his new position, Grigg said:

“RDT is entrepreneurial and has a strong culture of continuous improvement. It is a creative and innovative workplace with a very bright and motivated team, so I’m delighted to be playing a part in RDT’s future growth.”

RDT adopted Agile methodology in 2012, and this year the company moved to a bigger HQ, in West Malling. The new office has team areas and plenty of informal meeting spaces to support the collaborative work style that is fundamental to Agile practices. As Grigg explained:

“To implement Agile effectively, you need to look closely at the whole organisation, how it functions, how people interact, and create an environment that is conducive to swift and efficient software development. At RDT, there is top-down support for this initiative, and it begins with the CEO. The office has been purpose built around Agile delivery teams and the focus is firmly on providing the most productive and engaging place to work.”

RDT’s second new appointment, Michael Boucher, joins the company as Group Product Owner. He is an insurance expert with over 25 years experience, and for the last 13 years has worked for South Australia motoring organisation RAA, which has been using Landscape, RDT’s general insurance administration system, for nearly three years.

Boucher moved to the UK specifically to work for RDT after getting to know CEO Mark Bates during the purchase and implementation process of Landscape. He said:

“Four years ago Mark told me his plans for RDT, as had many other software vendors during the tender process. Four years on, he’s delivered where the others haven’t. After 25 years in general insurance, I saw RDT as an exciting opportunity to be at the forefront of these developments and to take part in helping to shape the future. I wanted to work for RDT in the UK because of the creative environment and the staff’s attitude and commitment. People have a genuine interest in seeing the company succeed and we’re all aware that we have the ability to shape the future. We will become the number one provider of insurance software solutions, and we’ll have fun doing it.”

“Over the course of a career you meet a few outstanding individuals, and any good CEO will try to recruit them at some point. Rob and Michael bring fantastic experience and will make a major contribution to RDT as we continue to grow.”