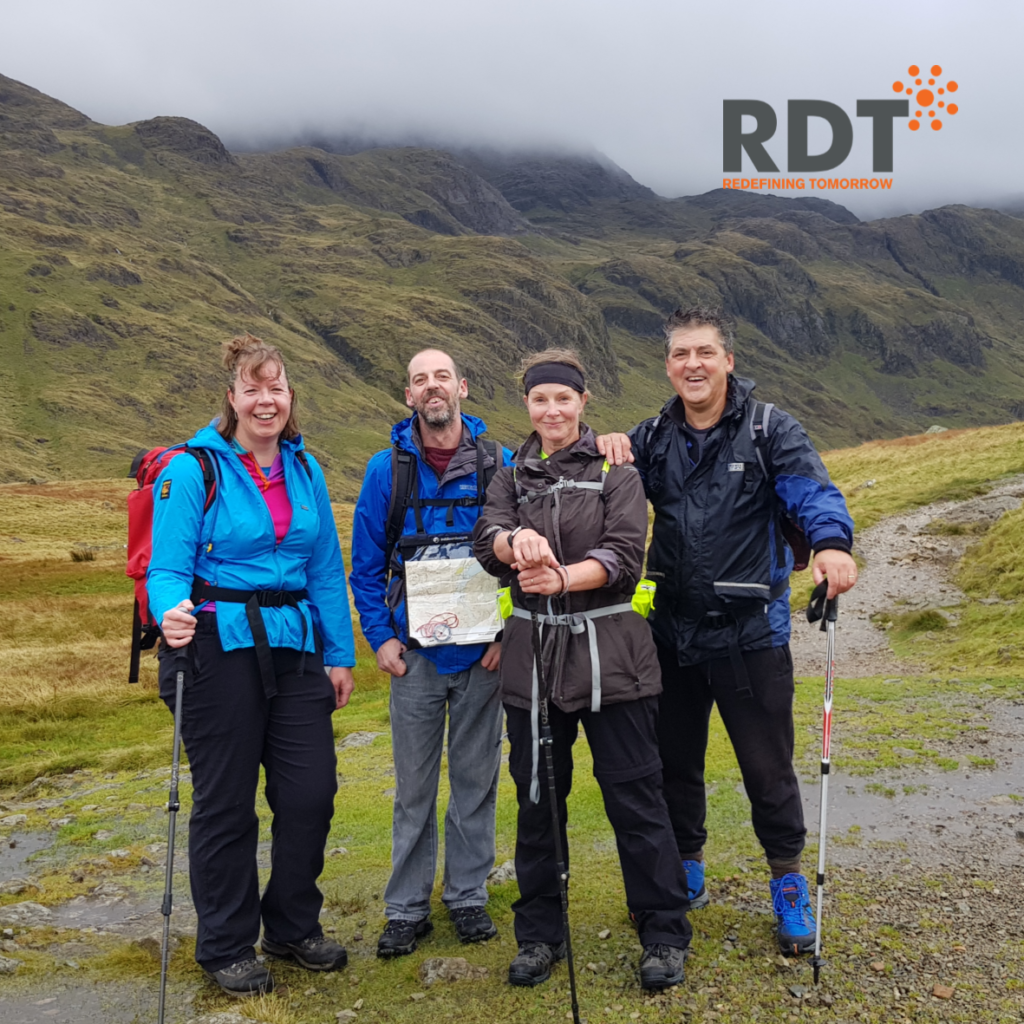 After an RDT contingent conquered Snowdon last year, this year it was the turn of Scafell Pike in the Lake District, which is the highest mountain in England at an elevation of 978 metres (3,209ft) above sea level.

Hurricane Humberto had brought heavy rain for much of the week leading up to the walk, with more predicted for the whole weekend, so we brought every piece of waterproof clothing we owned!  The rain fell for most of the eight-hour drive from Kent to our base in Ravenglass on Friday.

Keeping an eye on the weather apps, there looked to be a glimmer of hope that Saturday wouldn’t be quite so wet – and we woke to only a drizzle 🙂 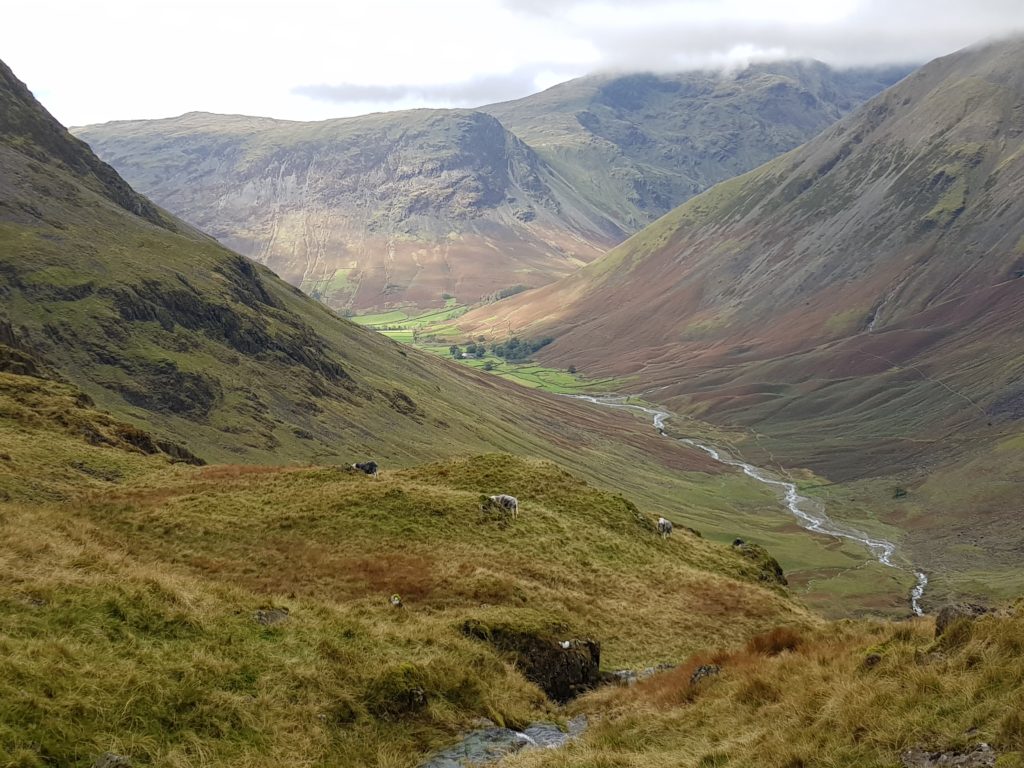 Our start point was Wasdale Head, a 30-minute drive from our base, which was reasonably dry.  So leaving the heavy duty waterproofs behind, we headed up the Moses Trod path to Sty Head, encountering a few damp fell runners coming down a path that had turned to a stream.  Next we followed the stunning but slightly technical Corridor Route, before the final push uphill to reach Scafell Pike summit, which was covered in a chilly mist. 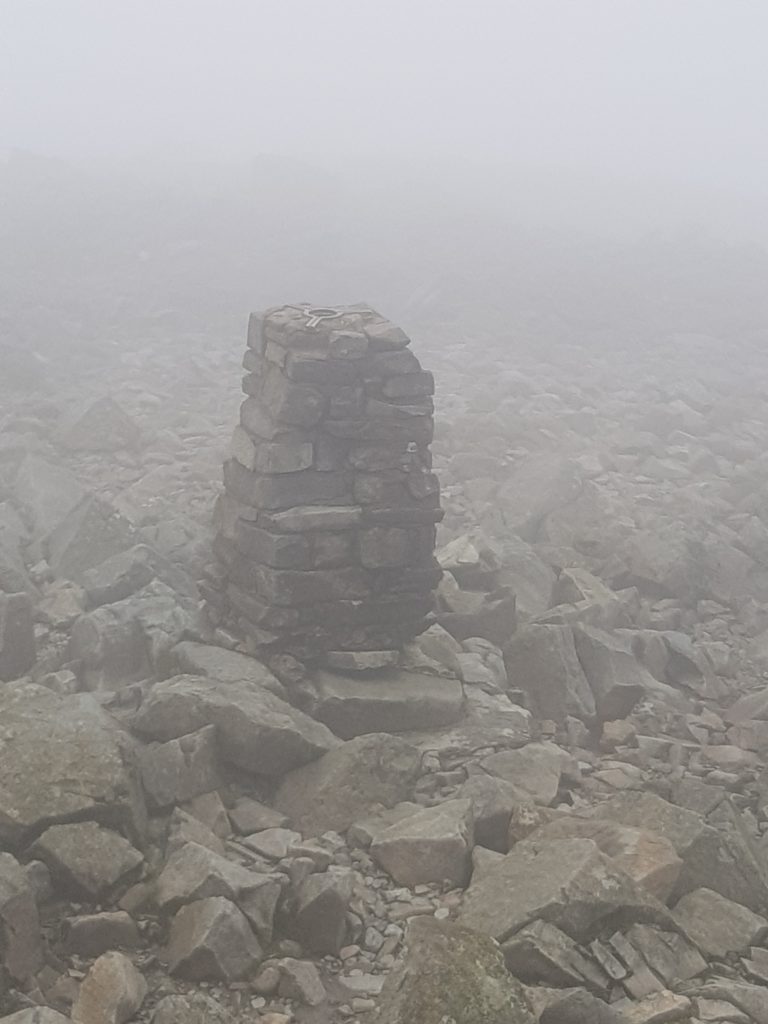 Then came the downhill part, which isn’t as easy as it sounds and there was plenty of talk of more fun ways to get down, such as toboggans and zip wires!  The recent rain provided a wonderful display of all the streams and waterfalls on the walk, but it was a hindrance when trying to cross a section of swollen Lingmell Gill a mile or so from the end. 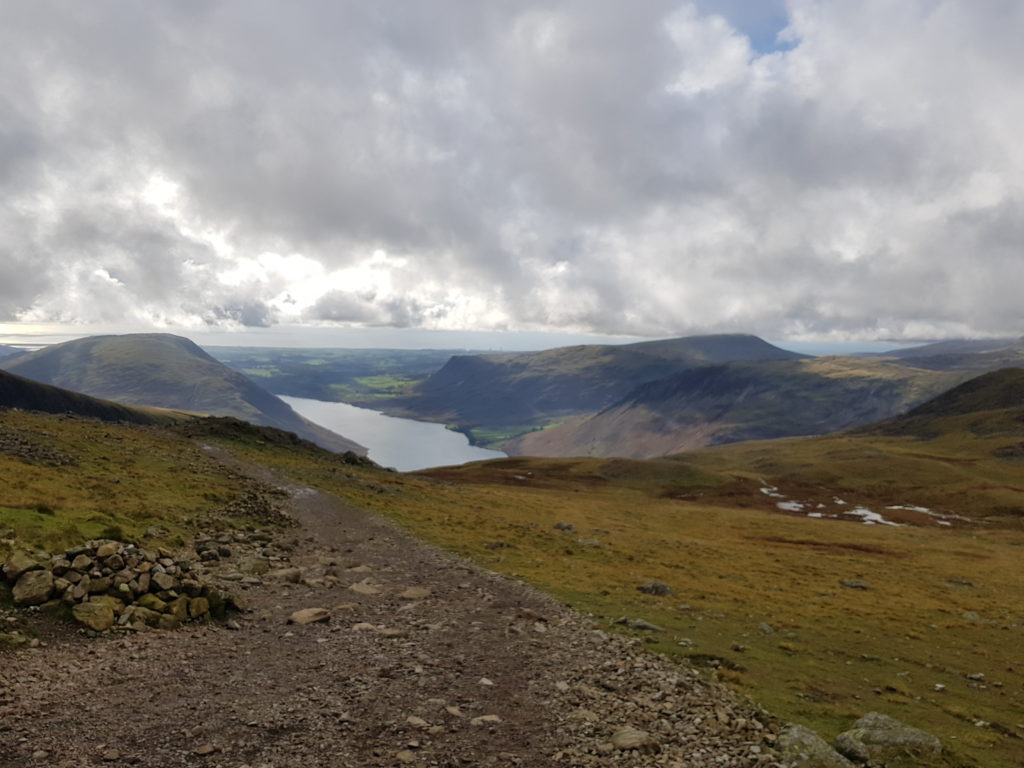 As we arrived back at the car park, tired but jubilant, from our nine mile adventure, we met other brave souls setting off for the shortest route to the summit, who would no doubt be coming back down in the dark.  We, instead, retired to the Wasdale Head Inn for a well-deserved pint or two, mingling with fellow walkers. 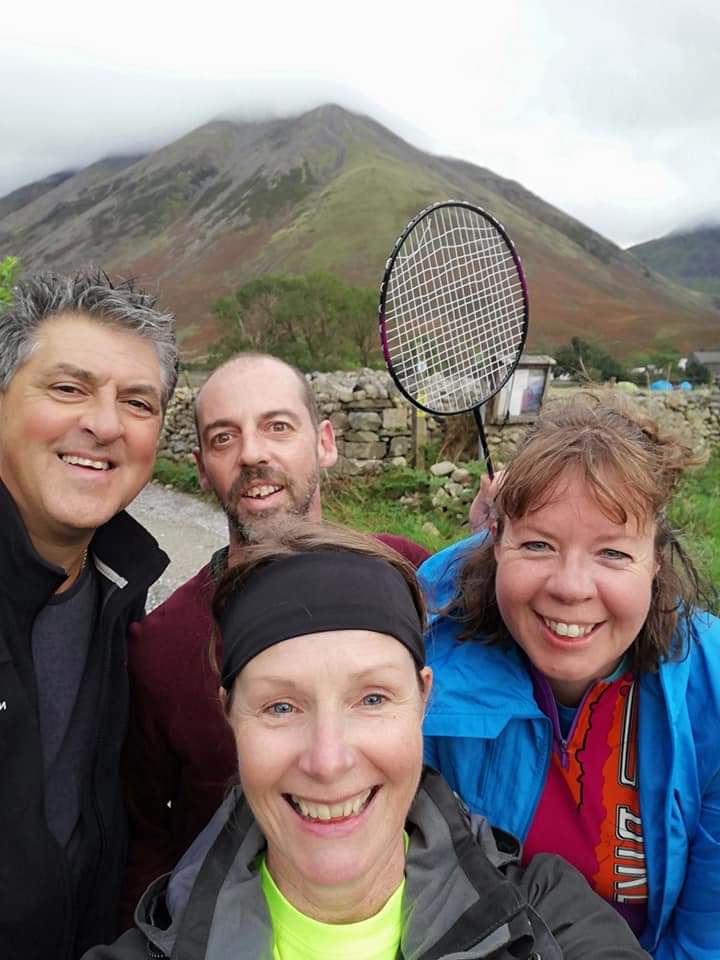 After the weather respite of Saturday, Hurricane Humberto was back on Sunday and the first 180 miles of the drive home was through heavy rain.  Another long journey but all back safe, with a massive sense of achievement and stories to recount back in the office.

A snap of us tired but happy – and we’d love to know if anyone can explain why Rob had a badminton racket on the mountain! 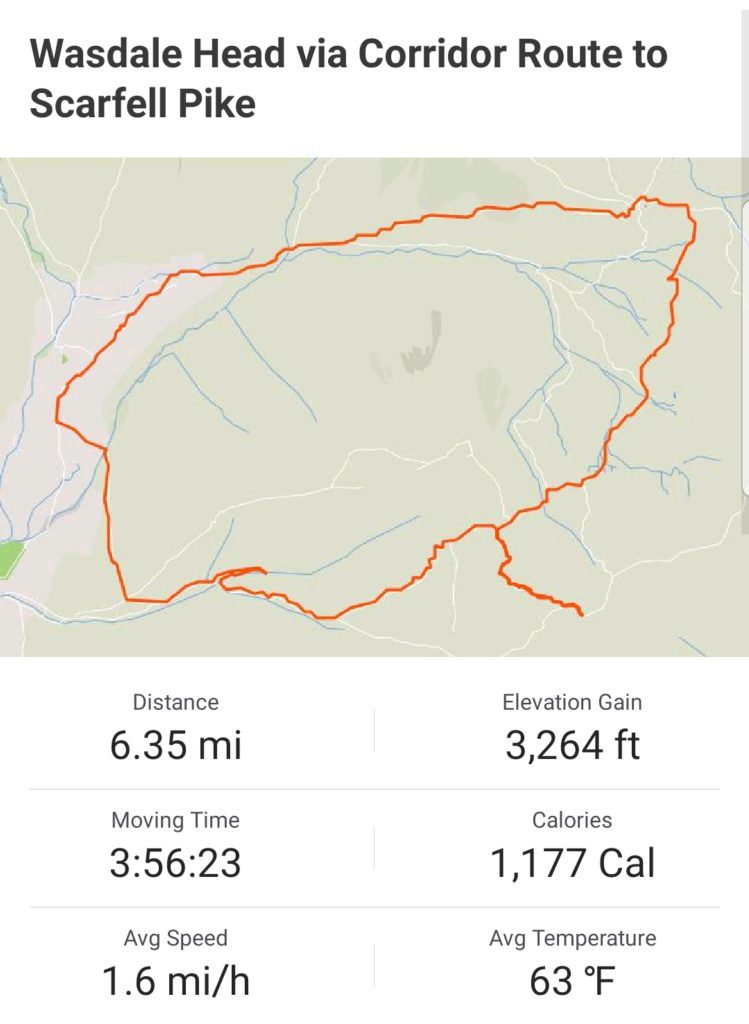