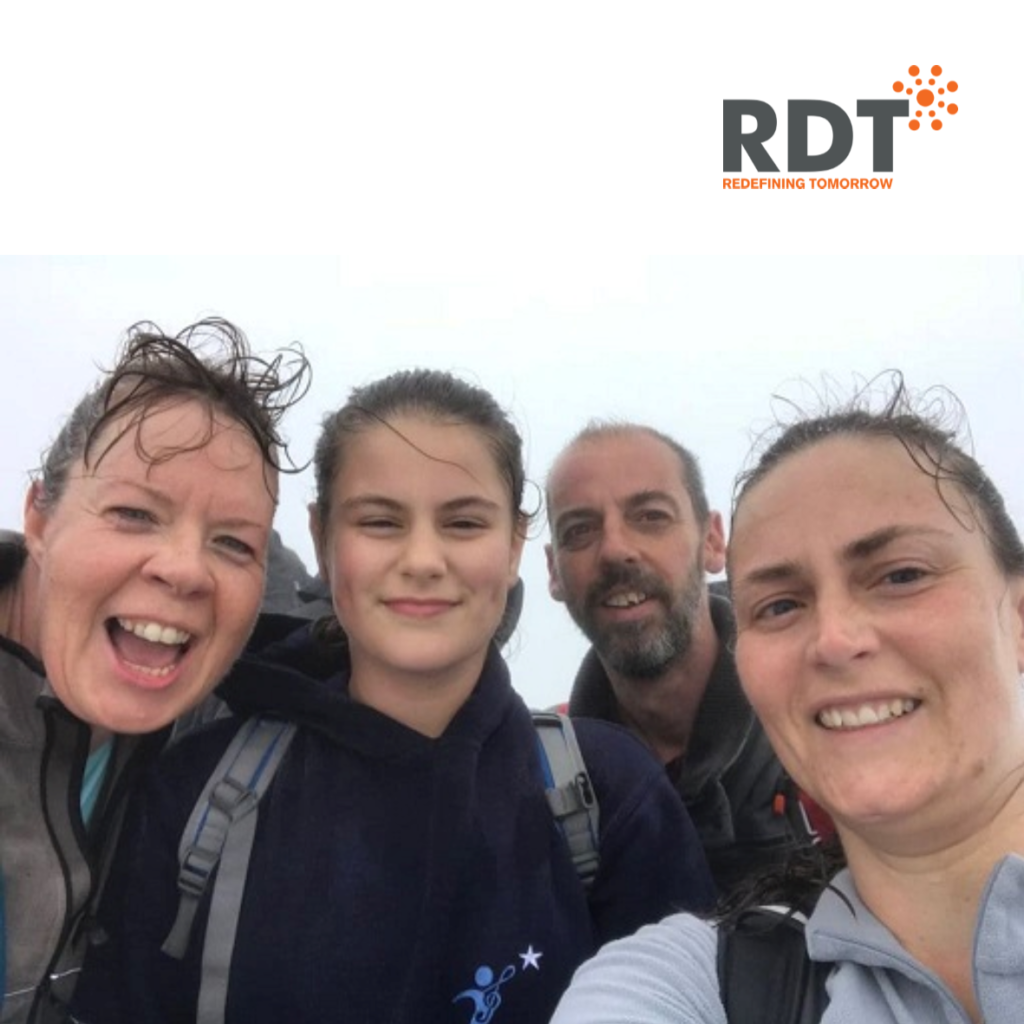 RDT employees go on an expedition to Mount Snowdon

Each year we ask RDT’s employees for ideas for social events that they would enjoy. Sarah Millan, Rob Small and El Peters were all interested in climbing Mount Snowdon, and organised their own trip along with El’s daughter, Elle. While in the area they also went on the longest zip wire in Europe. This is the trip in their own words: 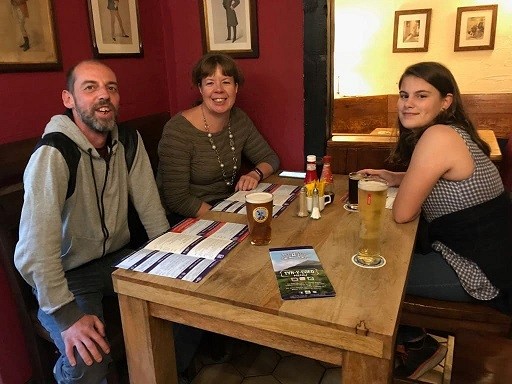 The weekend started, as all good weekends do, in the pub. We’d dropped our bags off at the guest house and were ravenous after a six-hour drive to Wales. 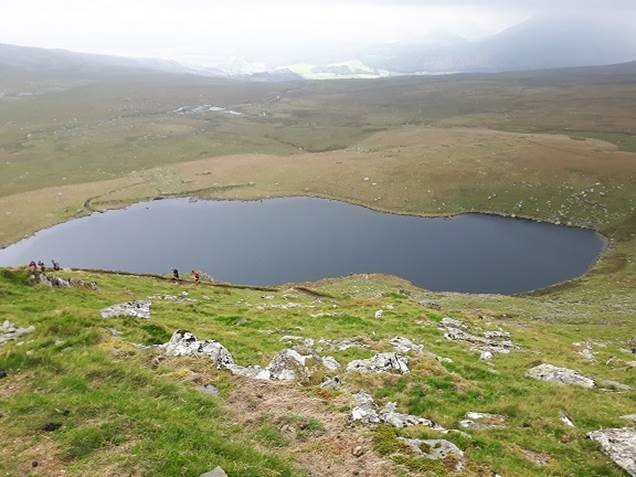 We ate and chatted for a couple of hours and returned to the guest house for an early night.

An early start the next morning ensured that we reached the Snowdon Ranger YHA a little after 9am and were ready to set off up the Ranger Path by 9.30.  The weather was reasonably bright and we made good progress, taking in some stunning views (photos don’t do them justice). 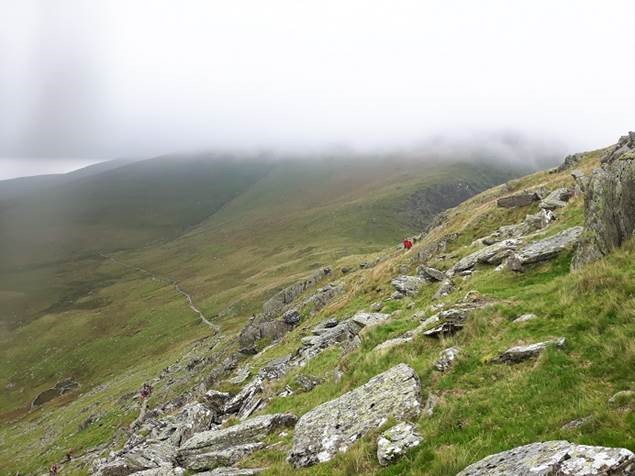 It’s rare to experience a completely clear day on Snowdon. This day was no exception and we were soon walking through cloud. However the Ranger Path is well marked out, pretty much all the way to the peak, so we were able to navigate the path easily. 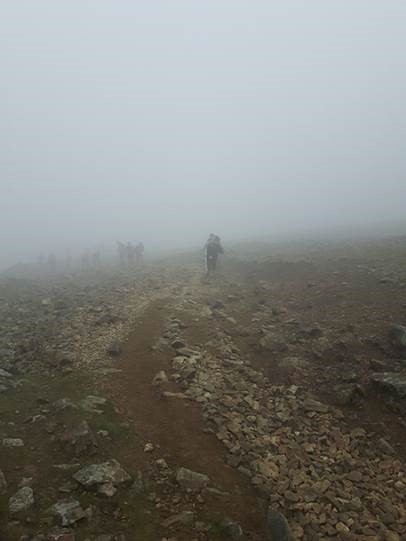 Eventually we reached the peak, took the obligatory peak photo (though sadly with no mountain top view), and popped into the café for a well-deserved cuppa. 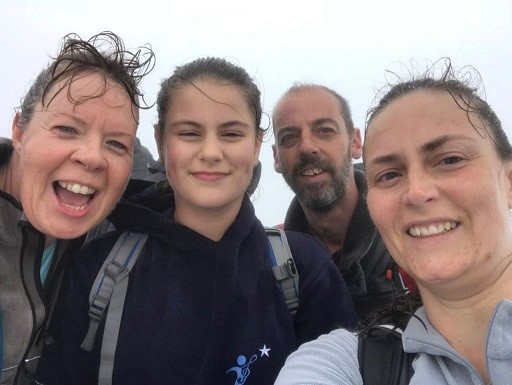 Our route down was the Rhyd Ddu path. Visibility was down to about 10 metres so it took a few minutes to work out which way we were headed. Sarah had brought a GPS with the route plotted, which was very welcome as navigating with a map and compass is tough when you can’t see anything. About a third of the way down is Bwlch Main, a relatively narrow ridge with steep drops either side. If you suffer from vertigo, thick cloud cover is probably useful at this point, but I think we’d all have preferred to be able to see where we were going as we navigated it.  Eventually we emerged to more stunning views. 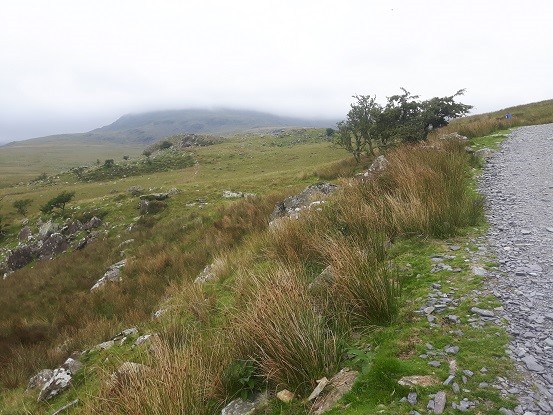 Before emerging, tired but jubilant, at Rhyd Ddu Station. 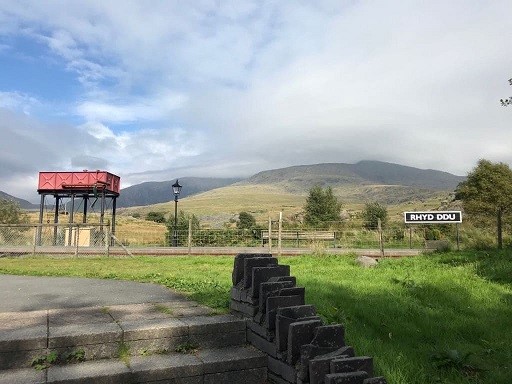 That would be enough adventure for most in a weekend, but not us. The next day we went to Zip World because, well, why wouldn’t you?  Boasting the longest zip wire in Europe, starting at half the height of Snowdon and at nearly two kilometers long. 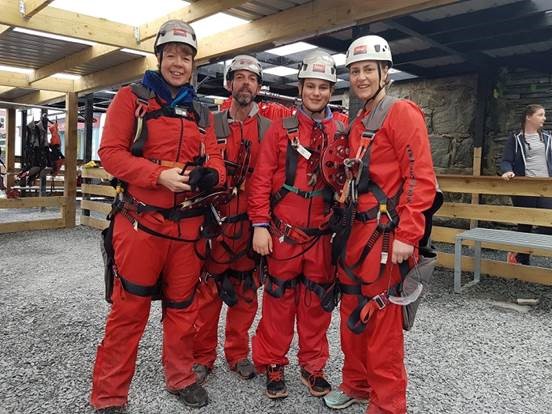 A great weekend, and the first, hopefully, of many RDT mountain treks. 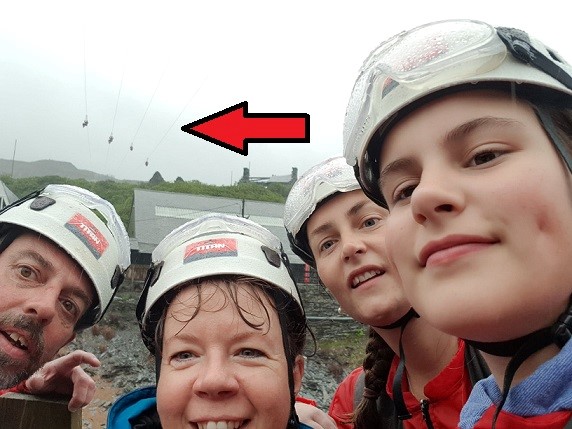